Posted on September 8, 2015 by clinicalaccelerator 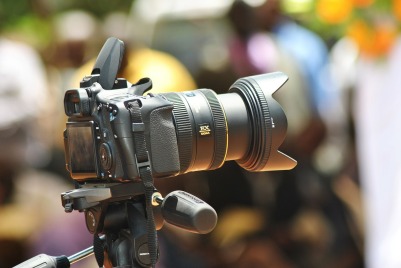 In Part 1 we looked at the guidelines [1] for the requirement in India to make AV-recordings of the investigator(s) and patients (and any necessary witnesses/representatives) during the consent process and potential implications [2]. So how, in practice, has this new requirement affected the conduct of clinical trials in India and are there implications for the regulatory environment in other parts of the world?

It seems that results and reactions have been somewhat mixed.   Having to record the procedure on camera will surely have encouraged those investigators agreeing participation in a trial to consent patients fully and properly. There must be little doubt that where there is successful videorecording to the required procedures this is achieving the desired aim of ensuring a clear, transparent and honest record of the process to regulatory ethical standards. But this has come at a cost – the challenges referred to earlier did result in a reduction in numbers of trials and recruitment rate.

For instance, The India Times reported in January 2014 that videorecording was driving away subjects, citing one reason as unwillingness of patients to discuss their condition, especially terminal or embarrassing illness, on camera.  At a Supreme Court hearing statistics presented indicated withdrawal or early termination of 25% (40/157) of cases of Global trials [3].

In April last year the India’s Economic Times again reported that volunteers were being put off clinical trials. Investigators were reporting, for example, that telling burqa clad women to unveil for videographing consent for trials (guidelines insist, understandably, that all participants are identifiable facially) was proving to be some task. The challenge was extreme in a place where people follow strict social and religious prescriptions, it was said. This reflects earlier reservations mentioned that culture and preferences of patients as well as discomfort could affect recruitment.  Suspicion by naive patients of what the recording might also be used for was also mentioned – even the fear that the video might be sold to the media for nefarious purposes was said to put patients off as well as make the investigator feel somewhat awkward! [4]

Lack of infrastructure at the sites (major government hospitals as well as smaller institutions) was, as anticipated, also cited as a reason for reduced involvement in trials, but this is something that institutions and sponsors can remedy to some extent over time.  Some sites have declined to participate in trials since the mandate was introduced for other reasons – this is not necessarily a reflection of the sites ability to undertake the work ethically but the fear of being a scapegoat as part of a possible future witch hunt, it is believed [5].

Other sources, from the sponsors’ monitoring perspective, report that the introduction of videoconsenting has been a good success – at least that is where the capability and willingness to run trials with the mandated process exists.  The impact on recruitment rate was said to have fallen by only around 10% at participating sites (presumably for reasons mentioned above of patient discomfort or wariness) but monitoring the process was not considered problematic [5].

It has to be said that despite recent tightening of affairs, particularly in the improvement of proper consent, there are, apparently, still some shortcomings being found at audit in the quality of trials. For instance the World Health Organization has reported quite recently that for one Indian CRO “Critical” lapses were found in a trial of HIV drugs, including the fact that two-thirds of patients’ ECGs turned out to be identical duplicates with changes in names, dates etc. to make them appear as if they were from different subjects; the standard of record-keeping was also criticised resulting in a ‘notice of concern’ issued by the WHO inspectors in June this year [6].

Nevertheless it is encouraging from the pharmaceutical industry perspective to see the Indian regulatory agencies taking measures to try and ensure quality of trials in their country.  Indeed, the Economic Times of India recently reported (August 12th this year) that India’s Cabinet Committee on Economic Affairs had just approved a proposal for strengthening and upgrading the drug regulatory system at Central and state level at a total cost of Rs 1750 ($270 million) [7]. This has to be done, of course, to protect a potentially great source of income from the conduct of trials.

What of the implications for other world territories involved in trials?  Are we to see this somewhat burdensome requirement of videorecording consent being rolled out elsewhere?  There’s obviously a natural opposition for this in many quarters – especially where strict audits or ‘whistleblowing’ have not revealed malpractice – but for some it will be seen as a further safeguard for patients.

The FDA already publish guidelines on the use of electronic systems and processes that may employ multiple electronic media (e.g., text, graphics, audio, video, podcasts and interactive Websites, biological recognition devices, and card readers) to convey information related to the study and to obtain and document informed consent [8]. Although the use of electronic processes to obtain informed consent (e.g. an interactive interface) is not quite the same thing as documenting the process by filming, it is a relatively short step away from having a video record of the IC process as proof that it was performed appropriately with and by the investigator and participants specified on a written document.

However, perhaps most tellingly, the FDA already recommends video records as a valid way of vouchsafing the process of consent in case of illiterate participants who can understand and comprehend spoken English but are physically unable to talk or write [9].

We shall just have to ‘watch this space’ to see how this matter develops. In the meantime, in most areas of the world, we shall be allowed to conduct the consent process – naturally, in diligent and professional fashion – away from the glare and any perceived intrusion of the cameras.

This entry was posted in Uncategorized. Bookmark the permalink.