The EMA and Foreign Data_Part 2

Posted on October 18, 2016 by clinicalaccelerator 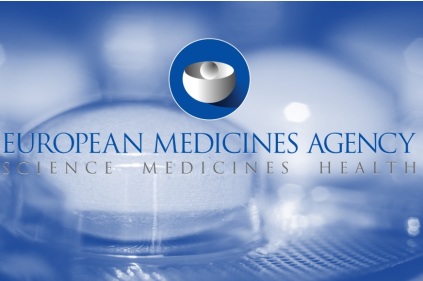 Previously we looked at data from the European Medicines Agency, which showed the increasing role since 2005 that some ‘Rest of the World’ nations were playing in enrolling patients in clinical trials supplying pivotal data for marketing authorisation applications (MAAs) of new medicines.  The rise in such trial activity in Middle East / Asia / Pacific region as well as the Commonwealth of Independent States (CIS) region (12 countries including Russia, Ukraine, Georgia etc.) in particular has been recognised by the EMA as being one of the major trends over the period [1].

One question then arises as to the view that the EMA take on the acceptability of such so called ‘foreign data’ studies and how they maintain quality.  It is also fair for pharmaceutical / Biotech companies, who are considering the placement of a clinical trial or study in a country not under the direct control of one of the EEA or FDA regulatory agencies to wonder whether the data produced in ‘ROW’ territories stands scrutiny and will be credible in the eyes of the global medical community.

The EMA state that regardless of where they are conducted, all clinical trials included in applications for MAA for human medicines in the European Economic Area must have been carried out in accordance with the requirements set out in Annex 1 of Directive 2001/83/EC. This means that:

b) those conducted outside the EEA have to comply with ethical principles equivalent to those set out in the EEA, including adhering to international good clinical practice (GCP) and the Declaration of Helsinki.  GCP is, after all, an international ethical and scientific quality standard for designing, recording and reporting clinical trials that involve the participation of human subjects. Guidelines for GCP were first introduced over 25 years ago by the International Conference on (now Council for) Harmonisation (ICH) with Europe, Japan, USA, Canada and Switzerland being current members However, they announced changes in October 2015, with reforms that mean that ICH is a truly global initiative, expanding beyond the current ICH members. More involvement from regulators around the world is welcomed and expected [2]

As reported in a previous post on this site [3] the European Commission adopted a new Clinical Trial Regulation (EU No 536/2014) on 16 April 2014, repealing Directive 2001/20/EC. The Regulation entered into force on 16 June 2014 but aimed to apply in the future after the IT infrastructure is place ‘no earlier than 28 May 2016’.  It has yet to be applied but will become the standard for European trials, which ‘outside’ countries will need to consider in terms of standards required even if not using the regulatory IT infrastructure involved in setting up and running. (For more information, see [4]).

The establishment and control of data quality in clinical trials by third parties as well as by those under direct EU regulation is underpinned by audit and inspection.

The European Medicines Agency closely monitors the data that applicants must include in their MAAs on the location of studies and the ethical standards applied for trials conducted outside the EU – the legislatory revisions of 2005 required this to reinforce the emphasis on ethical and GCP standards.

The number of GCP inspections – both routine and triggered – in third countries carried out by the inspectors of the national competent authorities of the EU / EEA Member States on behalf of the EU has increased by more than four times between 2006 and 2011.  Routine inspections are requested as part of the ongoing surveillance of the quality of studies received in MAAs, while triggered inspections are requested when the assessors identify specific concerns with the report and data on a trial which need a specific investigation by inspection.

A total of 357 sites were inspected at the request of the Agency’s Committee for Medicinal Products for Human Use (CHMP) between 1997 and 2011, with most inspections taking place since 2007. The pivotal trials submitted between 2005 and 2011 involved 70,291 investigator sites.

In 2012, the European Medicines Agency published a reflection paper on ethical and GCP aspects of foreign clinical trials submitted in MAAs to the EU regulatory authorities. The paper outlined firm steps for international cooperation in the regulation of clinical trials, with a specific emphasis on initiatives for international cooperation and capacity-building to try and achieve a common approach to the oversight of trials. It also clarified and determined the practical steps by which EU regulators would gain assurance that ethical and GCP standards are applied to clinical trials for human medicines, both during the development and during the MAA phase [6].

It may be interesting to note in the EMA’s recruitment assessment (over the period 2005-2011) that the average number of patients per site in the ROW area was higher than in the two principal regions of EU/EEA/EFTA and North America (17 versus 13 and 10 patients respectively) [5]. This may be one reason that sponsors choose to place studies there: fewer sites to set up and ‘run’ for a planned number of subjects being more efficient and less costly.  Speed of initiation through streamlined processes with large numbers of trial-naive patients keen to participate are other reasons mentioned by sponsors along with overall costs without the large overheads.

The caveat in all this is that for ‘foreign’ studies whose results might be destined to be vetted by the EMA at any stage for whatever reason one should ensure regulatory, ethical and local site ‘GCP’ standards are maintained to EMA satisfaction.  That way the EMA is happy to accept such trial data, which stands scrutiny and engenders international credence.  Thus careful selection of trial area (country or countries) and investigator sites is important, whether this be directly by a sponsor (if capacity and local intelligence happens to allow) or by partnering with an experienced and well equipped trial management organisation delegated to oversee the study to whatever degree is preferred.

This entry was posted in EMA, European Union, Regulations. Bookmark the permalink.