Cost of clinical trials keeps rising: are biomarkers a solution?

Posted on October 29, 2014 by clinicalaccelerator 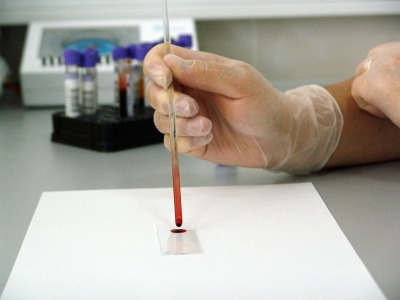 The rising cost of clinical trials is unequivocal, as we all know. The price increase has outstripped inflation, almost continuously, since clinical trials were first employed to support pharmaceutical development. To outline the extent, R&D supporting the average FDA drug approval in 1975 cost the equivalent of $100 million of today’s dollars (Forbes, 2012). In contrast, an analysis of spending by pharmaceutical leaders between 1997 and 2011 suggested an average of $5.8 billion was spent per drug approval – an increase, adjusted for today’s monetary value, of almost 60 times.

This marked rise in discovery and development costs was driven largely by a long-term decline in new drug approvals as the majority of major diseases have been controlled by the blockbusters of yesteryear (McKinsey et al, 2013).

So how could biomarkers help?

In attempts to facilitate R&D in the current climate, the FDA agreed in July 2012 a series of new approval processes in the FDA Safety and Innovation Act:

Biomarkers are a feature of the Accelerated Approval process.

Accelerated Approval enables a treatment to be approved on the basis of an effect demonstrated by a surrogate endpoint that “is reasonably likely to predict clinical benefit” or an intermediate clinical benefit that “can be observed before irreversible morbidity or mortality”, the FDA explains (FDA, 2014а).

The Accelerated Approval process was developed to expedite the development and approval of promising therapies that treat a serious or life-threatening condition and provide meaningful therapeutic benefit over available treatment options, the organisation adds.

Are biomarkers a solution?

Surrogate endpoints currently appear to be one of the solutions. A publication in the Journal of the American Medical Association showed that virtually half (49%) of all approvals granted between 2005 and 2012 relied on pivotal trials that used surrogate end points as their primary outcome (JAMA, 2014).

Whether using surrogate markers in clinical trials will help in the approval of your, or any specific, developmental product depends on its nature. Does it treat a “serious or life-threatening condition” better than the other options available?

Can it treat patients unresponsive to, or intolerant of, available treatments, or offer an improved patient response to the standard treatment options? (FDA, 2914b). These are the criteria the FDA has set for Accelerated Approval (FDA, 2014a).

As well as serving as highly useful surrogate endpoints, ‘biomarkers’ can be used to select patients for enrolment in clinical trials, and this has been shown in multiple trials to both increase trial success rates and reduce their costs (Breast Cancer Research Treat, 2012; J Thorac Oncol, 2014).

A team of Canadian researchers from the University of Toronto demonstrated a convincing advantage to this use of ‘biomarkers’ through a retrospective analysis of industry-sponsored trials that compared breast cancer patients whose tumours expressed high levels of the HER2 (human epidermal growth factor) receptor with patients who had failed or been exposed to an anthracycline or a taxane. The analysis looked at trials that were registered on clinicaltrials.gov between 1998 and 2012.

The analysis showed that new drug development was more likely to succeed based on trials that enrolled breast cancer patients with HER2-positive tumours than those that recruited patients previously exposed to anthracycline/taxane (23% versus 15%).

The cost of clinical trial testing was also better (lower) for the trials that recruited HER2 positive breast cancer patients than those that recruited anthracycline/taxane-experienced patients ($199 million versus $274 million).

Obviously this is a focused snapshot of the potential benefits of biomarkers, and the regulatory environment is continuously changing. Nevertheless, for the moment, considering the use of biomarkers for each individual product in development appears to be a highly worthwhile approach.