Posted on September 17, 2014 by clinicalaccelerator 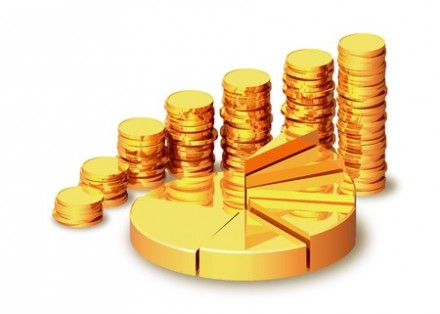 There’s no doubt about it, a strong investment climate in BioPharma, biotech and other Life Science industries means more money for clinical trials. Here at Clinical Accelerator we keep a keen eye on market trends, and this August new data has been published on the health of venture capital investments in the biotechnology sector.

In the aftermath of the global financial crisis, we have seen some reduction of the investment appetite in the biotech sector and some misconceptions started to form about higher risks associated with such investments1, with many investors preferring to put their capital into technology-related sectors, such as software, information technology and eCommerce.2 However, the idea that returns in Life Science venture investing lag behind other venture capital sectors is beginning to lose credence, with data on venture returns showing that life science startups have out performed other sectors over the last decade3.

This is undoubtedly due, in part, to the VCs capitalizing on increased exit opportunities, and particularly the initial public offerings (IPO) boom, which has seen healthcare IPOs dominate. A comparison of the first half of this year with 2013 showed Life Science companies raising $4.7 billion globally in 68 IPOs versus 66 in the whole of 20135, and “according to IPO Scoop, 33 percent of the 288 market debuts have been healthcare companies”.6 The majority of biotech investment is in drugs for humans, at $1.4 billion, up 36% from the year-ago quarter.4

Greg Vlahos, life sciences partner at PwC, told the online news site GEN that the “IPO boom, and rising valuations give VCs more “liquidity” or assets that can be quickly converted to cash, allowing them to raise more money for investing in more companies.”

A recent article in Forbes2 highlighted data from Correlation Ventures analysis of return distributions in VC financings of BioPharma. As the author Bruce Booth points out, this further supports “the thesis that BioPharma venture investing, in contrast to common perception, has actually outperformed most other non-biotech venture sectors at most of the percentiles of performance.”

The summarized data from Correlation Ventures provides a number of key observations. Firstly, CV data from 20,000 aggregate financings showed that returns of greater than 5x are higher in BioPharma than other sectors, with a rate of 11.5% versus 9.8% for other sectors. Given the size of the dataset this is almost certainly a real difference, and is also consistent with prior analysis at the company level. The data also shows that there are surprisingly similar frequencies of greater than 20x returns across BioPharma and other sectors, with figures suggesting that 1 out of 60 financings are reaching returns at these levels.

In his article, Mr Booth also noted that the CV dataset demonstrates that it is only when we look at returns greater than x50 that BioPharma begins to “numerically lag other venture sectors, where only 1-out-of-300 financings reach those return levels.” However, he went on comment that this was based on a “very small and noisy” dataset.

CV’s final major observation was that the rates of loss for BioPharma financings are lower those for the rest of venture capital, with 57% of BioPharma financings yielding returns lower than their invested capital versus 66% in other sectors. When looking at previous dollar weighted analysis, we see that the figures are even more favourable towards biotech. For example, Adam Street Partners data show a 36% loss ratio for biotech compared with 59% for the Internet.

“These data are further confirmation of the relative attractiveness of biotech venture capital in the asset class,” Mr Booth commented. He went on to say, “A recent report from Jon Norris at Silicon Valley Bank highlights the resurgence in returns in healthcare with over $12.5B in potential Limited Partnership (LP) distributions in 2013 alone.”

With strong mergers and acquisitions and IPOs through 2013 and 2014, and with the continuing demand for innovation from Big Pharma/Biotech, returns and LP perceptions of the sector have strengthened and are likely to continue to improve.

This is an excellent sign for the R&D industry that will surely lead to new investment. At Clinical Accelerator we are confident that this positive financial climate will create an environment in which more clinical trials can get underway.