Another one bites the dust! Everolimus fails to coast through Phase III for advanced liver cancer – ‘against the odds’

Posted on July 31, 2014 by clinicalaccelerator 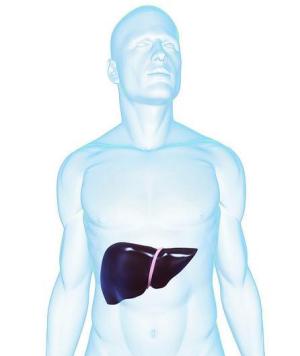 As I cast my eyes over the news that everolimus (Afinitor) failed to slip smoothly through Phase III trials for treatment of advanced liver cancer – as it has for advanced kidney cancer, certain cases of advanced breast cancer and specific tumours of the pancreas – I was struck by the discordance of this result.

In addition to its proven benefits in advanced tumours at these other sites, everolimus was shown to prevent tumour progression and improve survival in preclinical models. This led me to consider the many flaws of clinical trial design that may, or may not, lead to the ‘right’ answer.

Study flaws that may mislead

Professor Pal Czobor, Senior Scientific Advisor Semmelweis University, Budapest, Hungary, and Dr Phil Skolnick, National Institute of Drug Abuse, authored a thought-provoking article about compliance (Mol Interv, 2011). They suggest the extent to which patient non-compliance has damaged the results of clinical trials ­– and I extrapolate this to their consequent conclusions, licenses and approvals – has been underestimated.

They propose: “One step to improving the design of clinical trials may lie in better attempts to analyze patient compliance during drug testing and clinical development.” Hear here!

On closer inspection of the trial results I see that it did not only “not (significantly) improve overall survival in patients with advanced liver cancer”, the difference was borderline or actually worse for everolimus (JAMA, 2014a). The investigators reported death rates of 83.7% in the everolimus group, compared with 82.1% with placebo. Median overall survival was marginally better with everolimus than placebo at 7.6 versus 7.3 months.

Lead author Dr Andrew X. Zhu, from the Massachusetts General Hospital Cancer Center, Harvard Medical School, Boston, pointed towards other possible deficiencies. He admitted to the news website Medscape that the Phase I/II findings may not have been as positive as people had thought (Medscape, 2014).

He said: “I think the early phase I/II data with everolimus in advanced HCC were perhaps somewhat weak, in the sense that we only performed a single-arm trial. We do not have a randomized trial to tell us the extent to which the efficacy observed was really due to the drug-induced benefit or just because of some selection bias in patients.”

In the published paper itself, the research team suggest several possible explanations (JAMA, 2014b). The failure could be simply another failed trial for a drug for this notoriously difficult-to-treat cancer, they propose. More usefully, however, they reflect on the difficulty of assessing efficacy signals from phase II trials.

They note that surrogate endpoints such as time to progression, progression-free survival, and response rate, for instance, inconsistently predict overall survival in phase 3 trials.

Further to this general concern, they note some of the added complications associated with assessing the safety and efficacy of targeted therapies for hepatocellular carcinoma.

They write: “In the absence of well-characterized and validated predictive bio-markers, targeted agents will likely continue to have a high risk of failure if Phase III trials are conducted in unselected populations.”

This sounds very sensible to me. On closer study of the method of action, everolimus specifically inhibits mTOR (mammalian target of rapamycin) – an enzyme with a central role in cell proliferation. It does not, however, appear to be a pharmaceutical specifically targeted to a specific genetic difference, or a cumulative change specific to cancerous cells within the tumour, treatments that act in limited populations. The quandary continues…

There remain a host of bumps at the Phase II selection point that will become unearthed with time. Their eventual management will make the journey to approval a great deal smoother.

JAMA (2014a) Drug everolimus does not improve overall survival in patients with advanced liver cancer. http://media.jamanetwork.com/news-item/drug-everolimus-does-not-improve-overall-survival-in-patients-with-advanced-liver-cancer/

JAMA (2014b) Effect of Everolimus on survival in Advanced Hepatocellular Carcinoma After Failure of Sorafenib: The EVOLVE-1 Randomized Controlled Trial. http://jama.jamanetwork.com/article.aspx?articleid=1884577